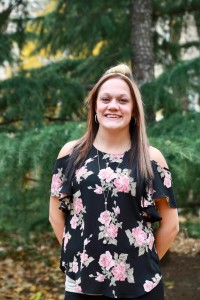 Haley George’s family life has taught her a lot over the last 12 years.

When she was 16, she learned about the value of hard work after landing a job at her father’s business.

When she was 18, she learned about the power of grief after losing her mother to cancer.

Throughout her early 20s, she learned about the power of addiction and how lonely the inside of a jail cell can be because she was using and dealing drugs with her then-boyfriend and father of her children.

In her mid-20s, she learned about heartbreak, knowing that her father was spending Thanksgiving and Christmas alone while she sat in jail again.

Then, when she was 28, she learned how much joy can come from buying cake and balloons for a four-year-old when you're celebrating your son’s birthday with him for the first time. That was also the year she learned that sometimes family is more than just the people you’re related to.

“I have a work family now; I never thought I’d have that,” George said. “We treat each other with respect and love. That’s family to me.”

George is a quality auditor at JSP International, a car-part manufacturing plant in Tullahoma, Tennessee, where she began working as an injection molding technician in late 2016 before earning her promotion in a little more than a year.

When George walked into JSP for the first time to interview with plant manager Scott Crago, it had been 2 weeks since she’d been released from the Franklin County Jail, where she’d served 16 months of a 3-year sentence for drug charges. Three of those 16 months were spent in the Middle Tennessee Rural Reentry (MTRR) Program, where George received cognitive behavioral therapy; job-readiness training, including interviewing tips and how to prepare a resume; parenting classes; and addiction and mental health services. Staff at MTRR also helped George earn an industry-recognized certificate in injection molding, and used their connections with employers in the community to set her up with the interview at JSP.

“The reentry program saved my life,” George said. “When I was in jail, they put me on the right path and they got me focused on why I wanted to change. They kept me focused on getting back to my kids and my family.”

Though she knew MTRR had armed her with all the tools necessary to land the job, George remembers feeling “nothing but nerves” as her interview began. It wasn't long before Crago and other staff at JSP put her at ease, though. 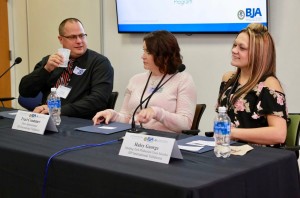 criminal records. It had been JSP’s longstanding hiring policy that, in order to qualify for a position at the plant, a person’s criminal record had to be more than seven years old and they had to have a GED or high school diploma.

Then, in 2016, Crago was invited to an MTRR graduation by Christine Hopkins, the program’s executive director. Hearing the graduates’ stories opened his eyes, he said. That experience, paired with Crago’s realization that it was becoming increasingly more difficult to find qualified job candidates that fit within the parameters of JSP’s hiring policy, made Crago rethink his approach.

“It’s the best decision I’ve made,” he said.

Now Crago is a member of the MTRR Board of Directors. As of December 2017, Crago said JSP—which has a 149-person staff—had hired seven people who were either MTRR graduates or graduates of a state probation program the company also works with. The turnover rate for employees who had graduated from one of those programs was approximately 22 percent, compared to a turnover rate of 50 percent for all other employees, he said.

Crago said he also realizes that employers have the power to help improve their local workforce simply by investing in their employees. With that in mind, he’s helped create a college tuition and GED reimbursement program at JSP.

Crago shows his commitment to his employees in other—and as George would argue, more important—ways, as well. He makes a point to be in every applicant’s first interview, and has all of his employee’s names memorized—as well as those of their spouses and children. Whenever, possible he takes a personalized approach and places new employees with the shift supervisor they’re most likely to succeed under. In short, he treats everyone “like family.”

“He is the same person today as he was in my interview,” George said. “I’ve had more support at JSP than I could’ve ever imagined.”

Most days, George wakes up at 5:30 in the morning and prepares for her 12-hour shift at the plant. She admits she’s exhausted when she gets home at 7:00 p.m., but the stability, benefits, and support she has at JSP make it all worthwhile. Regardless of how tired she is, she says because of JSP she’ll never have to miss another opportunity to spend time with her family again.

It took 13 months after her release from jail to regain custody of her two children, a process which MTRR staff also guided her through. Now that they’re reunited, George said she’s focused on relearning the basics of her family life.

“With my nine-year-old, now he knows ‘mom’s going to pick me up from school, mom’s going to be at my basketball game,’ ” George said. “And with my four-year-old, I’m learning he’s just the most appreciative kid. You give him a toothbrush, and his whole life is changed.”

She’s also learning how to maintain her stability and recovery without the regimented schedule she’d gotten used to in jail. This year, she’ll be filing her taxes for the first time ever, a concept which George finds daunting at times, but also an encouraging example of all the progress she’s made.

“When you’re an addict, if you don’t come out into a structured environment and have a job that you know you need to show up at every day, you’ll go and chase that next high,” George said. “Now I’m chasing my next paycheck.”
Related Content
Coordination to Reduce Barriers to Reentry: Lessons Learned from COVID-19 and Beyond
Pay for Success Initiative: Outcomes-based Contracting to Lower Recidivism
Barriers and Facilitators of Jail-based Medication-assisted Treatment Programs: Setting Up for Success
Reentry 2022: A Wholistic Approach to Reentry
Diversity Inclusion Project Showcase