On August 9, the Federal Communications Commission voted to cut the high cost of interstate phone calls made by inmates. The ruling comes as a victory after a decade-long fight by legal advocates, civil rights groups, and inmates and their families.

“This order fulfills our obligation to ensure just, reasonable, and fair phone rates for all Americans, including the millions with loved ones in prison,” said FCC Acting Chair Mignon Clyburn. Reducing rates for prison calls has been a focus of her agenda since she was appointed Commissioner, and it became a priority for the agency when she was designated Acting Chairwoman. 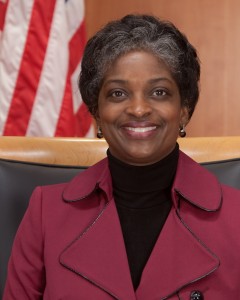 Interstate rates are now capped at 21 cents per minute for debit and pre-paid calls and 25 cents per minute for collect calls. Previously, phone rates, which are paid by the people receiving the calls, were as much as 90 cents a minute in addition to a connection charge of $4. A 15-minute call that used to cost $17 will now only be $3.75. Families paid up to $250 each month just to talk for an hour once a week. In addition to price caps, data collection will also be required to help ensure compliance with the order. These caps and requirements will take effect 120 days from the date of the ruling.

Phone call rates were high because prison and jail facilities entered into exclusive contracts with phone service providers through a bidding system. These facilities generally awarded contracts to the phone service providers who offered to pay the highest commission rate to the facility. These rates averaged 42 percent but could be as high as 60 percent of the price charged for the call.

“This is not just an issue of markets and rates,” added FCC Commissioner Jessica Rosenworcel, “it is a broader issue of social justice.”

Prior to the ruling, many low-income families were often forced to choose between talking to their incarcerated loved ones or paying for necessities, such as rent or groceries. Bethany Fraser, a mother of two children, ages 5 and 10, and whose husband is incarcerated, shared her story at the hearing. “Losing their father to prison also meant losing an income while gaining a really large phone bill. Choosing between essential needs and keeping kids connected to their parents is a choice no family should have to make.”

Studies show that these children are at a higher risk for truancy, depression, homelessness, among other challenges. It is hoped that with greater communication between incarcerated parents and children, the children will face fewer of these challenges, while the incarcerated individuals and their communities will also benefit from the ruling, as research shows that maintaining contact with their families promotes incarcerated individuals’ rehabilitation and reduces their risk of recidivism.

The FCC does not intend to stop at interstate rate reforms. Acting Chair Clyburn announced that the agency plans to take action to lower prison phone rates within states, and to ensure that the hard-of-hearing and deaf inmates using the Telecommunications Relay Services will not be charged higher rates.

“The wait is at long last over,” she said in her statement. “Borrowing from a 1964 anthem inspired by challenges of his time, the immortal songwriter Sam Cooke sang that ‘it’s been a long, long time coming,' but change has finally come.”